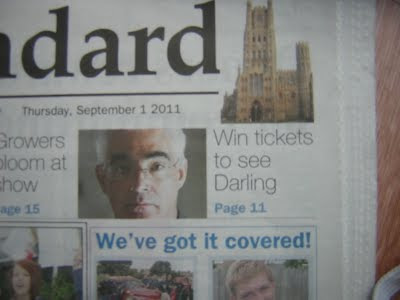 Alistair Darling has his book out: One Thousand and One Nights, the steamy tales told by an intelligent but unlucky courtesan who found herself married to an irascible knife-throwing sultan in the days of the Scottish Raj.

Despite flirting with literary agent Eddie Bell at Bell Lomax Moreton the entrancing minx with intense eye-brows over-came his reluctance to kiss'n'tell, and signed to Maggie McKernan at her own outfit, the McKernan Agency, who acted with Capel & Land to take the book to publisher Atlantic (Toby Mundy).

The book was originally going to be called "My old job and how I expect to get paid twice" but McKernan is thought to have suggested that something sexier would go better in the run-up-to-Christmas market. Possibly something with cats on the cover, such as a white Persian being stroked by a podgy male hand.

Do not miss Alistair performing live the Dance of the Seven Veils, various venues all round the country. You would not belieeeve the tattoos.