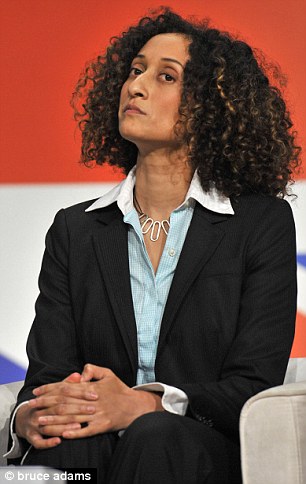 Fans of Miss Snuffleupagus - Miss Snuffy - were sorry to lose the informative blog 'To Miss With Love', reporting from the computer assisted board of modern school life. .

Her technique was straightforward; to describe an incident but not with an identifiable character but an archetype. So an episode might be about a child called "Fizzy" or "Puzzled". She would then show how the current political thinking was affecting the child, often for the worse.

The episodes were often positive, such as when Snuffy managed to get children who really didn't think they could to pass exams to do so, or when they behaved beautifully on the train so that people noticed them and smiled. One or two were deeply touching as Snuffy met pupils from many years earlier or considered the changes in herself since she set out on her road. Many were much darker though, charting the difficulty of helping a child who does not wish to be helped.

However, she was always extremely careful to use the archetypes to make it impossible for someone to recognize themselves.

Often I didn't agree with her political analysis but one thing I'm clear about: she was and is a smashing teacher who does her pupils nothing but good; not just the sense of academic achievement but in the wider pastoral sense. We can't manage with just one Snuffy; we need hundreds of them. My wish is not so much that she stays in teaching but that she opens a Snuffy factory and copies herself.

This week she shut the blog and opened a difficult door; she appeared at the Conservative conference and courageously set about trying to describe her world, because if the muddle is ever going to be sorted it it won't be done by the teaching profession sulking and failing to tell Michael Gove how the world really is; the good, the bad and the downright ugly.

She started by outing herself: she's Katharine Birbalsingh.

Needless to say no good deed ever goes unpunished. Her school has 'sent her home' and is threatening disciplinary action.

Shame on them. St Michael and All Angels, Camberwell, is supposed to be a Church-sponsored School. If there is anything at the heart of Christianity it is the voice of an innocent person speaking truth to power, which is precisely what Snuffy did.

So let's name the ingrates and fools who should be cherishing this rare and unselfish woman.

Dr Irene Bishop - Executive Headteacher (How is this different from Head Teacher?)

H/T Cranmer, who is a friend of Miss Snuffy's.

Update (1) from Alan Douglas over at Cranmer's:

"Might this be the same Dr Irene Bishop who was head teacher at St Saviour's and St Olave's in 2001 and allowed her school to be used to launch the Labour 2001 general election?
Errr.... yes."

Update (2) Both of Dr Bishop's schools have used the spinners Grebot Donnelly to try to achieve a perception of improvement when what they ought to be doing is educating children. GD also offer a crisis management service, which is presumably going to soak up more money which would have been better spent on education.

Update (3) Having thought about it, the school and Diocese have issued a statement saying they hope to have Ms Birbalsingh back in her job on Monday morning.

Update (4) Yeah, it was spin. They just lied about letting her do the job WE have paid her for in order to try to stop the story running. They forced her to resign, presumably under the mistaken impression that this means they can't be sued for constructive dismissal. Oh yes they can. See Cranmer on the subject.

Update (5) The Times (print copy) reports that as of 18 October, Ms Birbalsingh has been approached with a view to Headship by at least two free schools seeking to set up. They know a good thing when they see one. The best thing for the children of the area is for plenty of free schools which do what the parents want, which is to have heads like Ms Birbalsingh.

Perhaps we should look at switching money away from the privileged secret grammar school St Saviour's and St Olave's, which is already failing to meet five-sixth's of the demand in the area. That means for every place 'Dr' Irene Bishop graciously bestows on some supplicant on the condition they buff-up her ego, another five girls are turned away despite their parents having the wit to express a preference. That's not success in a school; that's a failure to serve the needs of the community.

Update (6) 'Dr' Bishop has been asked repeatedly to explain what her LLD was for. It appears it is an honorary doctorate awarded by the University of Exeter.
An honorary doctorate is a real certificate, which is why the universities award them, but it is not an academic doctorate, not earned by substantial academic endeavour and subject to peer review. An academic doctor is usually keen for you to read their doctoral thesis and will gladly tell you the awarding body and the year.

Often it is the PR divisions of universities which handle the queries rather than the academic registries because the awards are part of the way the university presents itself to a wider public. A holder is technically entitled to style themselves 'Dr' but in practice it isn't done because the holders are well aware that this might tend to misrepresent them to the unwary. Jeremy Clarkson, for instance, has two - a DUniv from Brunel and a HonDEng from Oxford Brookes. You don't get him demanding to be called Dr Clarkson.

The issue of misrepresentation has been in the legal news recently. Employers have taken issue with being given misleading information. For instance, Maxine Carr was convicted of misrepresentation when she lied about her GCSEs to get temporary work as a classroom assistant which allowed her to receive payment which she would not otherwise have been eligible for. This could be serious for 'Dr' Bishop if her award was misunderstood as an adcademic degree and influenced her appointment as the Executive Head of St Michael and All Saints, allowing her to receive a pecuniary advantage which she might not otherwise have been offered.
Posted by Woman on a Raft at 1:17 am

When will people wake up to the fact that the school system is not crap by accident, but by malicious design? Sadly, you mess with these malevolent bastards at your peril.

Executive Head Teachers, at least in my experience, are distinguished by the fact that they don't actually teach.

The apotheosis of the aspiring greasy-pole-climber, they exist in an elevated sphere where they can concentrate on meetings with consultants to discuss jargon-ridden management targets and draw up statements of 'Vision and Values'.

This means that they never have to come into contact with the great unwashed, otherwise known as pupils - sorry, students - oops! learners.

Thanks, Macheath. That would explain the wording on the school's key features in which it calls itself a learning environment as if the word "school" had some meaning other than "a place where children are supposed to learn things".

Just followed your link - most interesting part is that the school's website was drawn up by these people; I wonder what it cost.

Since good schools are over-subscribed already (and underperformoing ones presumably have more important things to spend their money on) and in any case, location is usually the prime reason for choice, why should they need corporate-style PR firms?

If you click on the 'locations' page and hover around until you find Southwark (the green one in the middle) you find that the Grebot Donelly also worked for St. Saviours and St. Olaves, where the Head previously worked.

The next question is: what exactly is the nature of the connection between the Head and Grebot Donnelly?

"... in which it calls itself a learning environment..."

Oh, this sort of trendy renaming is all the rage among the chatterati. Those who never learned that you can put frosting on a dog turd all you wish, but you won't make it a wedding cake...

Hopefully, the bad publicity they are getting over this will prevent them going any further.

Executive headteacher eh ?
She would have preffered, "commisar" or "peoples leader" i'm sure.

I always thought that Miss Snuffy was going to do something like this, and told her so in a comment on her blog a couple of years ago. I hope my counsel helped her to decide to become a whistleblower. I doubt that she will regret it, long term.

She was, in my opinion, becoming SO frustrated with the state of affairs in education that she was going to blow her top one way or another - I wondered if she might have become an advisor to Boris Johnson.

Good luck to Miss Snuffy - she'll end up smelling of roses, I'm sure.

As for the 'elite' clitorati who are involved in all this - I hope this is a wake up call for them to get their shit together, and start TEACHING children, rather than subjecting them to the malevolence of social engineering, at which NuLayber were so proficient.

The whole episode is rum, Killemall. I suspect a complicating factor may be a nasty attack of Queen Bee syndrome where Irene Bishop came over jealous at the attention Ms Birbalsingh was getting.