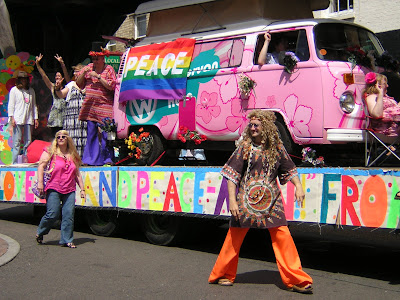 There is a golden thread of eccentricity in the English. The last years under successive governments have done their best to cut that thread and replace it with a dour knotted thong, but it is summer and this, despite the yoke round about our necks, is still England. 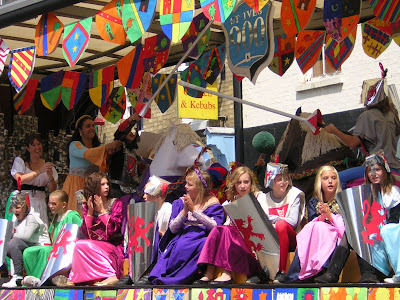 So what we do, right, is we beg a local haulier to give us all his lorries and drivers for a day and then we build cardboard castles and dress up all the children as princes and princesses. 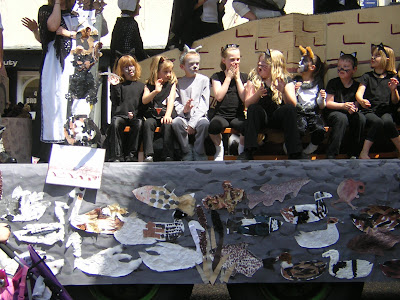 Or as water animals sitting under the castle, living by a paper river. 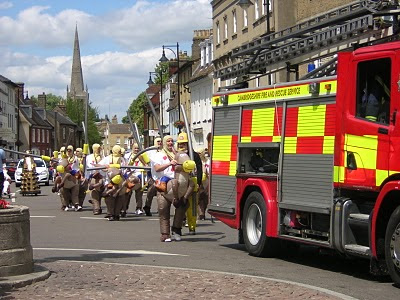 If the Fire Service can arrange it, and we’ll have to get it past the accountants, they might let one of the tenders join the parade. Everybody knows how firemen like dressing up. They are worse than High Court judges for that. 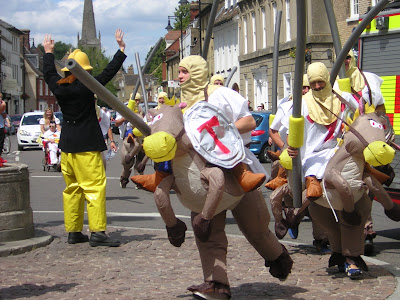 People will go through the crowd collecting money but really it’s about the dozens of adults with their obstinately joyful determination to dress up as Elvis and be heroes, just for one day. 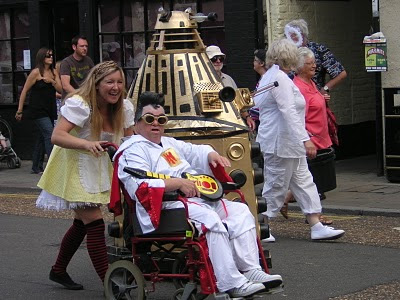 I assume licenses were obtained from the relevant authorities for all these activities? E.G. Dressing up as a dalek, and hence concealing your face? Dressing up as a hippy, and encouraging the young to get stoned, man? All sorts of evil lie behind these pageants, I can tell you.