To Old Warden, Bedfordshire, for a day with the aeromodellers. As anyone who has watched Flight of the Phoenix will tell you, a toy aeroplane is something you wind up and it runs along the floor. 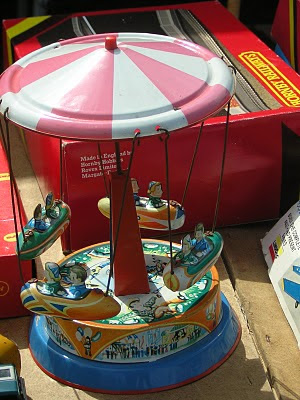 A model aeroplane is a real aeroplane but you just don't happen to be in it when it is flying. 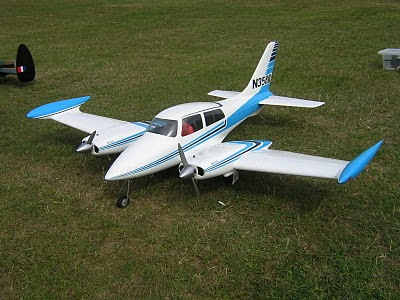 There is an airstrip full of radio controlled models with a field and a control protocol of its own. 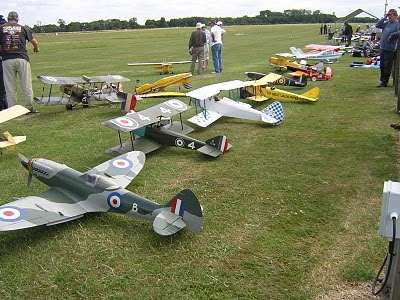 Far in the distance are the free-flight models. On a still day when the planes are perfectly trimmed they will come back to the launcher's hand, but where there is a very slight breeze they will end the flights far down the field. Free-flight modellers are the hippie anarchists of the modelling world. They don't have peg numbers and protocols. They just avoid banging in to each other. Mostly. 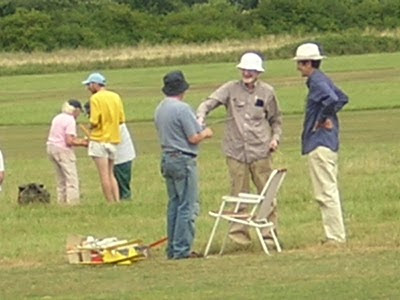 It is a gentle place where time appears to stand still. Nothing but pleasant people building models and seeing them float around a field. A peaceful world of neat cars, lazy old dogs and polished caravans with awnings for the stall-holders. A world of where the gentlemen wear beanie or panama hats and women produce picnics out of VW camper vans or the much-loved classic car. 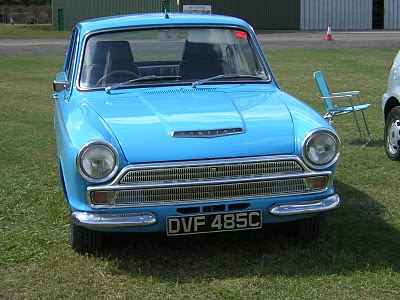 There's no law against women flying. A few do, but not many. They are happy to wander down the stalls, sifting the jumble for treasures. I take photos and a stall holder becomes a little nervous, wondering what I'm doing. I explain I'm writing a blog post to suggest people take up the hobby of modelling. He tells me he's asking because his brother - a professional photographer - was arrested a while ago in central London. 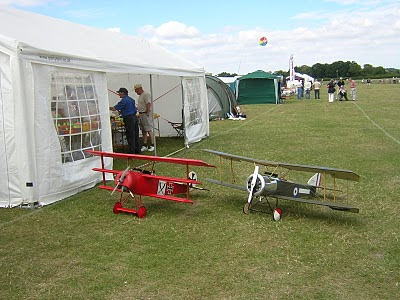 His brother - also a grandfather - was looking for library shots of well-known landmarks. Everybody in the world recognizes Eros in Piccadilly Circus so that's where he was, just looking for the picture. It was a hot day and a man was dipping a child in the fountain. Probably not very hygienic but a great image. He snapped it and went on his way. On the bus home, he found he had been followed by the police who confiscated his camera as they thought that taking photos of a child in a public place could be construed as a crime. The stall holder alleged the police had also removed the contents of his brother's darkroom (some photographers still use film or have archives of it). He was arrested and kept in a cell for hours.

Eventually the police admitted they did not have any evidence against him and no charges have followed. It took weeks to get the camera back, the archive was disrupted, and no apology has ever been made. The police now have his DNA and a record that he was arrested for possible child pornography offences. It isn't illegal to take pictures of children in a public place. It does not constitute grounds for the police to suspect somebody of taking pornographic pictures of children. The stall holder wondered what England had come to. A shadow went across the sun.

How is it that an out-of-control police force, intent on destroying the support and consent of the law-abiding middle classes, can exist in the same time and country as this cottage and all it stands for? 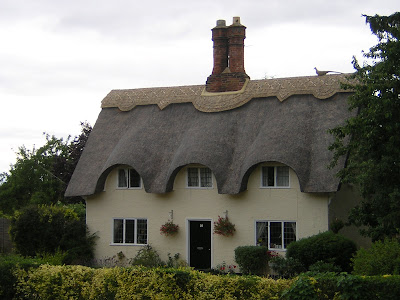 If you would like to take up model building and/or flying the British Model Flying Association can help you find the nearest like-minded individuals and places where you can fly.
Posted by Woman on a Raft at 9:32 pm

"The stall holder wondered what England had come to. A shadow went across the sun."

Sums it all up, doesn't it?